As a children’s author, researcher, and humanitarian, I have been growing increasingly alarmed at the growing number of autism diagnosis. Whereas in the 1980s, a study shows that 4 in every 10,000 children exhibited signs of autism, a study conducted recently by Cambridge University’s Autism Research Center showed that approximately 1 in 60 children have autism. Several years ago, I myself was diagnosed with celiac disease, caused by a reaction to gluten, a protein found in wheat, barley, and rye, after many years without proper diagnosis for my painful symptoms. I am now happily gluten-free and pain-free. Lucky to have been correctly diagnosed and had my symptoms handled with the natural treatment of a gluten-free diet, I am passionate about helping children to avoid the same pain of misdiagnosis and to find natural remedies for their health problems. According to a recent article on NaturalNews.com, one such natural remedy for autism is calcium Bentonite clay. I had to share this information! 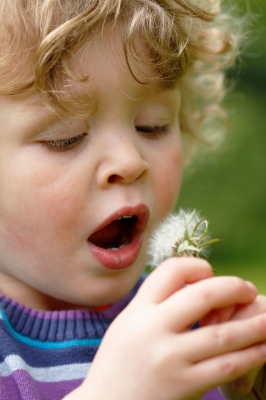 The use of Bentonite clay has been rising in popularity in autism treatment centers. Calcium Bentonite clay, also known as “Living Clay” and one of the most sought-after for its healing properties, has a particularly strong negative ionic charge which magnetically attracts positively-charged substances such as bacteria and metals, for example, and absorbs them, eliminating toxins from the body. It is used both internally and externally and is a rather simple procedure. In autism treatment centers, Bentonite clay baths are used to safely remove metals and toxins from the body to increase the chances of success when used in conjunction with other therapies.

As autism diagnosis increases, so does the controversy over its causes. Most researchers seem to be searching for a genetic factor, but others are showing evidence of environmental causes. “There`s really the role for something in the environment that could be triggering someone who is genetically susceptible,” says Dr. Gary Goldstein, a child neurologist and director of the Kennedy Krieger Institute, located in Maryland.

The research supporting the impact of environmental toxins has spurred the search for detoxification therapies that can remove them from our systems. Already large numbers of doctors are recommending chelation and detoxification programs in conjunction with behavioral therapy for autistic children, noting that with these toxins removed, other therapies are more effective. Chelators are substances that fix themselves to heavy metals. Chelation therapies are typically effective, but they’re expensive and carry a higher risk of side effects such as headache, diarrhea, fatigue, fever, and cramps, particularly for children. Calcium Bentonite clay is considered more effective and safer for children.

While many autism clinics are citing successful results with clay therapy, its use isn’t being promoted to doctors due to the fact that clay can’t be patented by the pharmaceutical companies. Similarly, celiac disease affects 1 out of 100 Americans, and since its treatment is simply a gluten-free diet—requiring no pharmaceutical products, doctors are failing to recognize the symptoms of the disease and diagnosis it correctly, leaving only three percent of celiacs properly diagnosed. However, just as in the cause to increaseceliac and gluten-free awareness, by taking it upon ourselves to promote natural therapies for children’s autism, we will surely bring about increase awareness about the effectiveness of calcium Bentonite clay treatment, just as I’ve witnessed awareness of celiac disease and gluten-free grow a great deal over the years.

Tina Turbin is a multi award-winning children’s author, writer, researcher, humanitarian and mother of three talented and successful children. Working for many years in LA with children in the Entertainment Business, she remains to be an active supporter of children, families, schools, education and works diligently in the arena of Celiac Disease. Her Danny the Dragon children’s series fulfills a passion of hers to delight and entertain through her enchanting characters. Her style of writing conveys to the young and young at heart. Ms. Turbin resides in her East and West Coast studios.

Dr. Coldwell States That Cancer Can be Cured in Weeks
5360 views - 0 comments