Codex Alimentarius and Food Irradiation in the U.S. 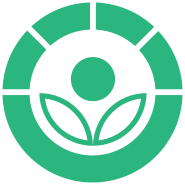 I have written several articles dealing with the risk assessment methods used by Codex Alimentarius in order to water down the levels of nutrition available in vitamin and mineral supplements, as well as the potential removal of many supplements from the market entirely. All of this is of vital importance. However, Codex Alimentarius Guidelines are relevant to many more issues than just vitamins and minerals. One of these issues has to do with food irradiation.

Clearly a threat to public health, irradiated foods are not safe for human consumption and contribute to a host of health problems such as cancer and birth defects. Irradiation also causes genetic damage to cells.[1] One of the reasons for this is the fact that irradiated food is exposed to gamma rays of radioactive material or electron beams causing chemical changes in the food.

Essentially, the food becomes mutated by this exposure, a condition which does not occur in nature, and is the cause for many forms of cancer and genetic modification.[2] Yet, Codex pushes irradiation as if it were a great tool of disinfection with no adverse side effects at all.

Indeed, prior to the easing of restrictions on food irradiation by Codex, the United States had been irradiating food at an alarming rate. The process began in 1963 when wheat flour became the first food allowed to be irradiated. In 1964, white potatoes were added to the list and the process continued until the present day. In 2011, almost the entirety of the food supply is eligible for irradiation.

It should be noted that under current US law, organic food cannot be irradiated. However, that is not the case with Codex standards, as there is no categorization of what foods can and cannot be “treated” with radiation.

It should also be mentioned that current US law states that all irradiated food must be labeled with the radura symbol and some amount of text stating its irradiation. However, that labeling only has to be made visible to the “first consumer” and that is generally individuals such as the distributor, not the average grocery store shopper. [3]

However, even these labeling requirements are severely inadequate. While these “first consumers” must, by law, be able to see the words and symbol on some products the law does not require the labeling of many others.[4]

It would seem that the FDA, USDA, NRC (National Regulatory Commission), and the DOT (Department of Transportation), if truly concerned with the health and welfare of consumers, would require clear and appropriate labeling for any and all foods that have been irradiated. Although not irradiating at all would be the best policy, at least allowing the real consumer an opportunity to choose seems like a bare minimum in terms of public health and basic fair business practice.

However, in contrast to their rhetoric and stated objectives, it is also clear that these regulatory agencies have no real interest in protecting the public from any danger or insuring fair business dealings.

The FDA governs most aspects of food irradiation but the USDA, DOT, and NRC regulate some aspects as well. There are some differences in policy, but it should be noted that the latter three agencies only deal with specific aspects of the process. For instance, the USDA deals only with meat/poultry and fresh fruits, while the NRC addresses the safety of the facilities used in irradiation. The DOT regulates the transportation of the materials.

For the most part, the differences between the policies of these agencies are very slight. Most of the differences exist between the FDA and the USDA but deal only with things such as where labels should be posted and what size type and font should be used. For instance, the USDA requirement for multi-ingredient products that contain irradiated meat is that it should be stated to the consumer by the label yet the FDA has no such requirement at all.

But before one mistakenly gets the impression that the USDA is somehow more interested in protecting the consumer than the FDA, consider the fact that the USDA even allows claims touting the “beneficial effects” of irradiation.[5] Ironically, vitamin and mineral supplements such as Vitamin C are highly regulated in the claims that can be made about their health benefits but radiation may be touted as safe and beneficial.

To add to the shady language of the labeling requirements already in existence, in 2002 Congress created a loophole that had been the desire of the meat and poultry industry for some time. With the creation of this new escape hatch, companies can now use terms like “electronically pasteurized” instead of “treated with radiation” or “irradiated” by bypassing the FDA and going straight to the Secretary of Health and Human Services to request permission to use the new semantically gifted term.

The HHS Secretary has the authority to grant them such permission. Indeed, in 2007, the FDA itself proposed a new rule similar to the congressional loophole. This rule would allow irradiated food to be labeled as “pasteurized” as opposed to “irradiated.”[6] The very fact that this rule would even be proposed should worry every American.

Clearly, if the FDA were truly concerned about those individuals they are supposed to be protecting from adulterated foods, they would, at the very least, require that companies label their products honestly. This proposal, however, clearly shows the true intent behind FDA policies and regulations.

Brandon Turbeville is an author out of Mullins, South Carolina. He has a Bachelor’s Degree from Francis Marion University where he earned the Pee Dee Electric Scholar’s Award as an undergraduate. He has had numerous articles published dealing with a wide variety of subjects including health, economics, and civil liberties. He also the author of Codex Alimentarius – The End of Health Freedom.

Oops, you forgot something.

The words you entered did not match the given text. Please try again.

Dr. Coldwell States That Cancer Can be Cured in Weeks
5416 views - 0 comments

Start a Free Blog at Webs.com